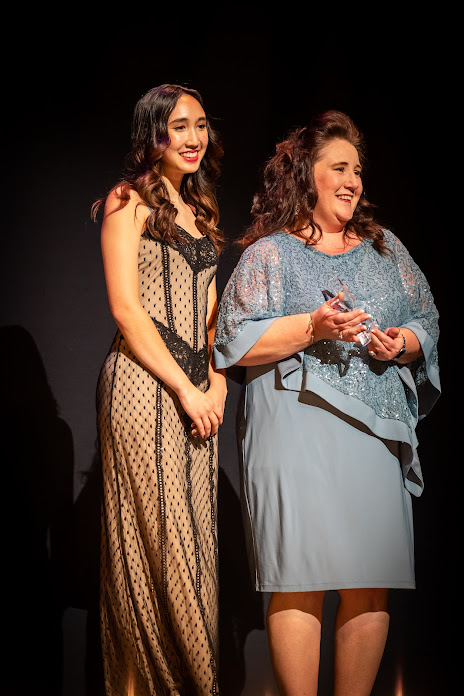 Every year, the Orpheum Theatre in Memphis hosts the High School Musical Theatre Awards to recognize some of the most outstanding, creative and talented theatre students and programs from across the Mid-South, and behind every student who brings home a coveted Orpheum award is a teacher who hopes they sparked inspiration that resonated in the performance. Coincidentally, there's also an award for that: the Inspiring Teacher Award, which honors educators for giving their time and talents to inspire and care for young people.

This year, the Inspiring Teacher Award went to Arlington High's very own theatre director, Cynthia Wieland. Her latest show to direct was Zombie Prom, a musical set in the 1950s that follows the story of a teenage boy who is brought back to life by the love of his high-school sweetheart.

"It totally took me by surprise," Wieland said. "As the person on stage described the award, I was like, 'Oh, I don't stand a chance.' Then they called my name, and I just sat there. I couldn't believe it. It's like I told the kids - the only way I can be an inspiration to them is because how much they inspire me to want to do more, be better and give my all to them."

Students nominated their teachers by writing an essay that described the impact their teacher has had and what they have learned from them. Several students and colleagues wrote in about Wieland to showcase what she means to them and the theatre program at AHS.

"Ms. Wieland has encouraged me to take criticism in a positive way, rather than allowing it to tear me down," one student wrote. "She has inspired me to value other people's potential and help them to grow from that and to recognize other people's successes and encourage them to keep on going."

"Ms. Wieland has played the role of director, choreographer, music/technical director, video editor, sound mixer, and publicist–all in one show," another student wrote. "She taught me how to sight-read music, wear a mic, put on stage makeup, walk in character heels, love the delirious euphoria of a pizza dinner with castmates at the end of a 12-hour rehearsal, make bold choices (in art and life), and make meaningful art in the face of grief.”

"One of the greatest things they possibly could have said is that they learned from me how to encourage others," Wieland continued. "It meant the world to me to know that what they're taking away from my class is how to be kind and uplift others."

Thank you, Ms. Wieland, for inspiring our students in life and the arts, and congratulations on this incredible achievement!